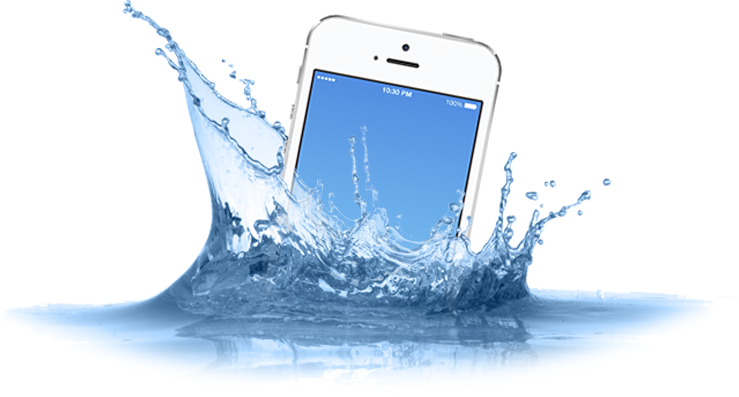 The world suddenly freezes when you see your dropped phone in water, you scream in terror, “I dropped my phone in the water!” Whether it’s a pool or a toilet, you just know nothing good will come out of the next few seconds. After all, that’s a high tech device that’s likely worth multiple hundred dollars, and chances are very high that it will be deemed unusable.

What Happens to a Phone When it Falls in Water

Water turns into a phone’s kryptonite when it works its way into the ports, jacks and speakers. Once inside, it flows into the circuits. The result? The water, which acts as a conductor, carries a current which then overloads the phone with energy, frying the circuit board.

Certain practices make this worse, such as allowing the phone to dry on its own. Letting water sit in the phone leads to corrosion of its circuits, coils and resistors due to minerals in the water.

This one throws people off too because the damage isn’t immediately apparent in all cases. Sometimes, the water might take a little longer to reach vulnerable components. That’s why someone can drop their phone in water without any noticeable effects. But the following day, those poor souls won’t be able to turn on their phones.

The other thing to keep in mind is the source of water. Dropping your phone in a puddle or the toilet is bad, but dropping it in the ocean, and you can kiss that phone goodbye. Salt water is highly corrosive and will damage a phone’s components much quicker than freshwater. So be careful when taking selfies on your yacht.

What We Can Do For Your Device?

If the damage is too much, we will do our BEST to save your DATA.